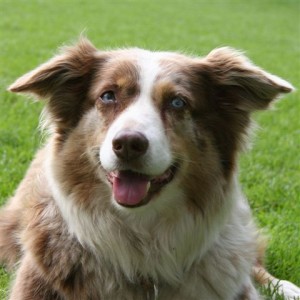 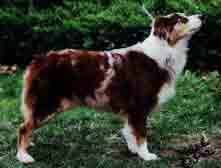 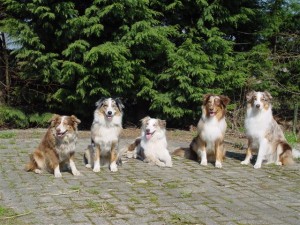 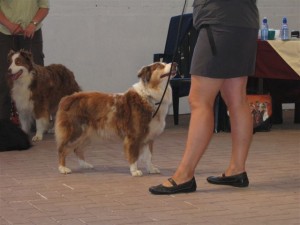 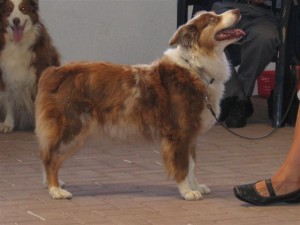 Cajun was our second Aussie and we got her from the Briergrove kennel in Canada when she was 3 years old. We co-owned Cajun with Diane Huismans from Wyndanwood Australian Shepherds. Cajun was a sweety pie, lovable, never growls and was a very quiet and sweet aussie. She liked to work the sheep, liked agility and is a true couch potato. She, her son Mr. Jones and Tigger always joined us on vacation. She was not reserved towards strangers but also not very outgoing. She loved to be petted,was very nice to children and a great mommy. Cajun won her class in conformation a few times already. She got a BOB and a few excellents at other shows. Cajun was our foundation bitch and gave us three beautiful litters. Her last litter was born 27 February 2004. In Zuidlaren 2006 she got her first point for veteran champion and at the ASCN show her second! And on 6 October 2007 her last point, which made her a Dutch Veteran champion! Cajun passed away at age 13,5 on the 29th of September 2010. We will miss this sweety so very very much….